We will be delighted to provide you with a personal consultation.

You can also upload your texts securely and confidentially

But why waste words? Let our work convince you. 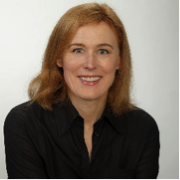 Janine Mahrt received her degree as a technical translator for the subjects of electrical engineering and mechanical engineering from the University of Hildesheim in 1995.
After spending two years working for a medical technology company, she has been working for more than twenty years as a freelance translator. During this time, she has translated a wide variety of technical and medical texts into German and has further specialized in the area of patent translations.
Janine Mahrt has been Managing Director of Mahrt Fachübersetzungen GmbH since 2012.